Here a few video's from Grant's time in the cast.  I tear up even watching these more than six months later.  I love him so much and it was such a hard time for us all.

Here is Grant on his "skateboard" that my Mom made for him.  We strapped him in with a scarf and he could actually move on his own.  This was as independent as he could be.

Here is Grant army crawling.  When he was hurt the doctor told us he'd eventually be doing this.  We couldn't imagine it, but about four weeks after his cast was put on he was starting to scoot around.
﻿
This is a blurry video, but I LOVE it.  Here is Grant dancing in his cast.  He had such a good attitude about this all.  He was trying to have fun any way he could.  ﻿

The summer of 2012 with Grant in the hip spica cast was probably the hardest thing I've been through as a parent so far.  It's was physically and emotionally taxing for all of us.  Grant was so heavy and awkward in the cast, we had sore backs and arms for weeks.  He, of course, was uncomfortable, hot, itchy, stuck, and totally dependent.  We became very creative on trying to do "fun" things with Grant.  I've googled, searched, and You-Tubed many ideas to learn anything I can.


We learned more than we ever wanted to know about the femur, hospital beds, positioning to avoid bed sores, car transportation and harnesses, and keeping a "stuck" two year old content. Most of all we were reminded how hard it can be at times to be a parent.  I wanted so badly to be the one that was hurt.


We were lucky to have a great Orthopedic Surgeon, who is also a friend, take care of us.  He reassured us, educated us, calmed us, and he and his staff were great with Grant.  Actually, Grant still often times talks about going to see Dr. Mike.

We had the challenges of cleaning him, changing his diaper, feeding him, and keeping him comfortable. Jenna was a great big sister and was very helpful with Grant. She would lay on the floor and played with him, watched the same movies over and over with him. I will never be able to watch Cars or Monsters Inc. without thinking of that summer. Jenna would also be careful not to talk about fun things she was doing like going to the movies, swimming, playing outside. She was so considerate.

At the time, the days dragged, and I marked a big black X on every day, to slowly see the end getting closer. It actually worked to our benefit that Grant was so young. He healed much faster than an older child or adult would. He was in the cast for almost six weeks. Just like they did to put him in the cast, they put him under anesthetic to remove it also. The cast is so big and it's a process, so it's easier this way.


I was so excited and nervous that day. What if it was too early to take it off? What if he got hurt again? At least with that God awful cast he was protected. What if he was in a lot of pain? How would I hold him and move him around and be sure I wasn't hurting his leg? How scared would he be? We were going to have to prepare for a different norm for a while.

I haven't fallen off the planet, but haven't blogged since September.  It's not for lack of content, I have so much I need to get on the blog about the kids and the last few months.  In the process of thinking about my resolutions for 2013 I know I need to keep up on the blog better.  In essence, this is a scrapbook for my kids and we can't miss out this stuff. 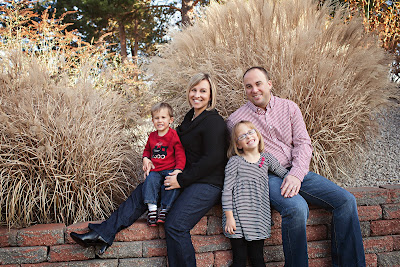 My goal is to blog once a week.  I need to spend some time catching up on the past few months, and get in the present.  I am also working on my thesis to graduate in May with my Masters, so there will be a lot of computer time coming up.
Happy New Year!!!

This blog is about our crazy life (creative title huh?) and my two wonderful kiddos. In the midst of a busy life I'm trying to be better at capturing moments, quotes, and embarrasing stories for my kids Jenna and Grant.

Sometimes you will never know the true value of a moment until it becomes a memory.

Our Crazy Life in a Nutshell